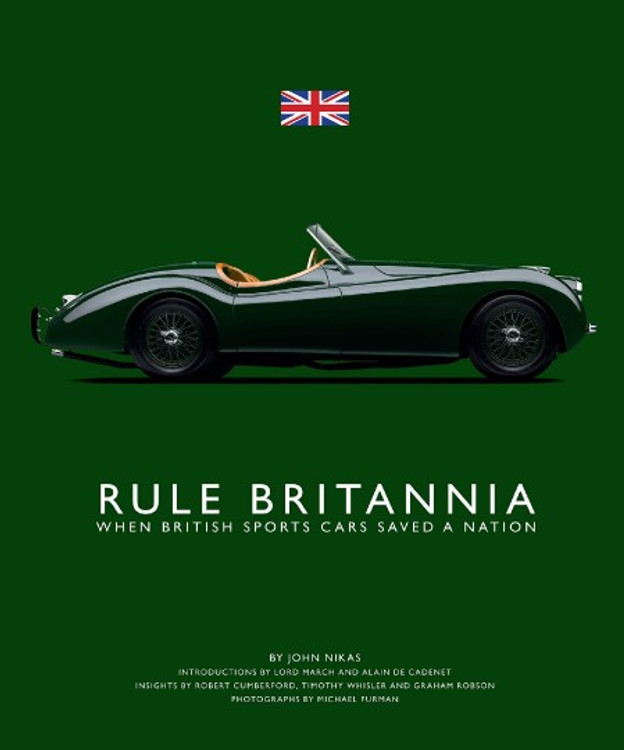 Despite success in its epic struggle to conquer tyranny during the Second World War, Great Britain emerged from the conflict at the brink of financial disaster and burdened by continued rationing of food, fuel, and consumer goods.

Displaying the same indomitable spirit that had allowed the nation to carry on during the early days of the conflict when it fought alone against Hitler and his minions, Britons steeled their resolve, turning their attention to the devastated economy.

Modern Chrysler Concept Cars - The Design That Saved The Company

MSRP:
Now: CAD88.42
Was:
By: Matt DeLorenzo . In the 1980s, Chrysler was heading for trouble. Stale designs and a limited number of platforms were beginning to show their age, and the whole business was in danger of death by...

MSRP:
Now: CAD68.73
Was:
By: Jon Pressnell . What are the greatest and the most interesting sports cars Britain has made? The answers are in this authoritative survey by top motoring writer Jon Pressnell. Packed with...

MSRP:
Now: CAD147.34
Was:
By: Anthony Pritchard . The success of British sports/racing cars during the 1950s was an integral part of the growth of British motor racing power in the post-war years. Two major British teams led...

MSRP:
Now: CAD147.34
Was:
Jean Paul Pallud is back again with After The Battle's definitive book on the 1944 German retreat from Normandy. Using the "Then and Now" format to good effect, he gives us a new perspective to the...

MSRP:
Now: CAD88.38
Was:
By: David Tremayne . With Rubens Barrichello, what you see is what you get. Ever since the Brazilian burst on to the Fl scene with Eddie Jordan's emergent team in 1993, he has evinced uncomplicated...