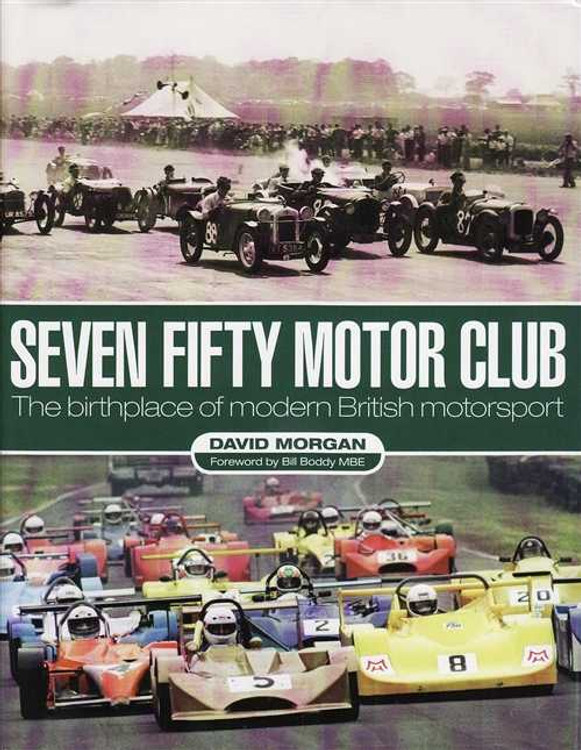 Here is the story of one of British motorsport's best-kept secrets — the Seven Fifty Motor Club. Originally founded 70 years ago, just prior to World War Two, the club was set up to cater for motorsport enthusiasts with 750cc motor cars, mainly Austin Sevens. The club, despite, but also because of, post-war austerity, provided an opportunity for young men with new skills and aspirations to take part in many competitive events, and to meet, share information and test their own pet theories on how to go fast in a motor car.

For the British motor racing world this marked a shift from the dominance of motor manufacturers' works-supported cars, providing opportunities for fast-evolving specials run by impecunious entrepreneurs to reap the rewards of their efforts. The 750MC has always provided entry-level motorsport, on which many inspired designer-builders have cut their teeth. Some, such as Colin Chapman of Lotus, Eric Broadley of Lola, Derek Bennett of Chevron and Tony Southgate, would go on to achieve world-beating success on the international motor racing scene. Others, such as Jack French and Arthur Mallock, have become revered by grass-roots enthusiasts for their innovative, but affordable, designs which have stood the test of time.

The 750MC has become the epicentre of British club motorsport, providing events available to enthusiasts every weekend of the year. Within the club, hundreds of members have raced, rallied, trialled and sprinted their own creations and experienced great personal satisfaction doing so. Illustrated with a wealth of archive photographs, this book tells the story of the creation of the club, with a decade-by-decade account of the development of the club and its manychampionships. Comprehensive chapters look at the cars that have appeared in the many 750MC championships — from Austin Sevens and trials cars, to Stock Hatches and Radicals — as well as the personalities who have shaped the club and learned their craft in 750MC racing.

Author David Morgan is a life-long member of the Seven Fifty Motor Club and an all-round motorsport enthusiast, writing in the club monthly magazine, the Bulletin, as well as on Lotus, military subjects and architecture.

MSRP:
Now: $69.95
Was:
Here’s your chance to relive some of the magic moments of Australian touring car racing with Volume 3 of the Seven Sport’s Magic Moments of Motorsport DVD box set. It features classic...

MSRP:
Now: $59.95
Was:
By: Timothy Remus . Description Sheet Metal Bible is a compendium of sheet metal fabrication projects, everything from simple shaping operations to multi-piece creations like fenders and motorcycle...

MSRP: $395.00
Now: $150.00
Was: $395.00
By: Jeffrey R. Zwart . Each copy includes a numbered bookplate signed by the author. Three Points of Contact is a dramatic series of portraits that reveal how the world’s greatest drivers use...