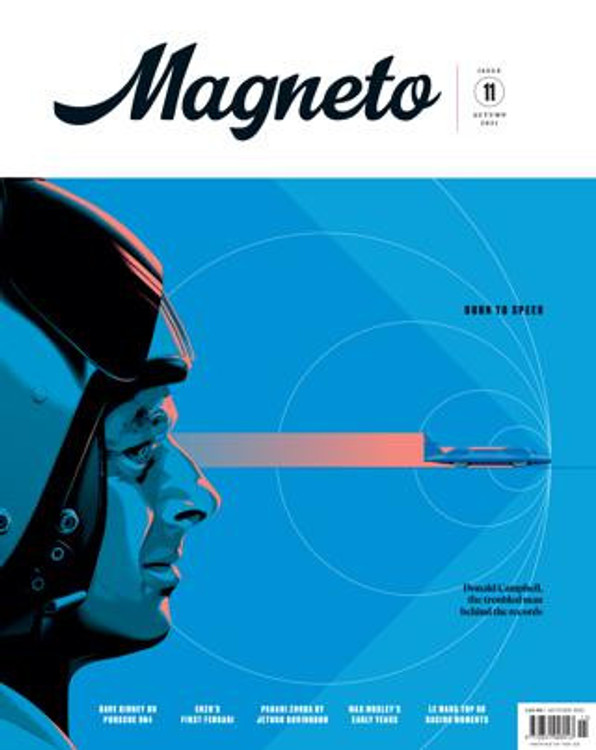 The inside story of the only man ever to break water and land speed records in the same year. Speed record world authority David Tremayne examines Campbell's achievements in the light of his troubled personality.

Jethro Bovingdon, most recently of Top Gear USA, drives Horacio Pagani's personal just-restored Zonda F through Italy, explaining why it's second in the market only to the McLaren F1 for cars of that ilk.

Henry Ford and the Vagabonds

The first full drive of Touring's all-new Ferrari-based bespoke supercar, including insights into the unique design and production processes.

Leading historian Karl Ludvigsen delves into Enzo Ferrari's first sports car, the Auto Avio 815, and tells how it came about – and what became of the examples built.

The ups and downs of the 24 hour race over the years, from the very first races to the present day.

John Simister explains how special a troublefree SM can be, how to buy one and what to expect in the market as SM prices continue to gently rise, and whether restomods are causing a shortage of original-spec cars.

Plus life on the road with Max Mosely, Dave Kinney on the 'Singer Effect' on Porsche 964 values, vintage cycles, film posters and much more.

MSRP:
Now: $39.95
Was:
Alfa Romeo BAT The three 1950's Alfa Romeo BAT cars changed the car world but they're rarely seen together. World authority Winston Goodfellow tells how they came about - and explains how all three...

MSRP:
Now: $39.95
Was:
Lotus, a history of innovation. Lotus has been refining car design for more than 70 years. We explore Colin Chapman's dream including Lotus Eleven, 25. 79, and how that is being continued with the...

MSRP:
Now: $69.00
Was:
Drag racing has a long and storied history. Many have said that the first drag race happened shortly after the second car was made. While that may or may not be true, racing prior to World War II was...

MSRP:
Now: $79.95
Was:
Please note: This book is available to pre-order. The release date is scheduled for late November 2021.   THE first of an exciting new book series from the V8 Sleuth team, 'Bathurst:...